The Men of the USS Utah 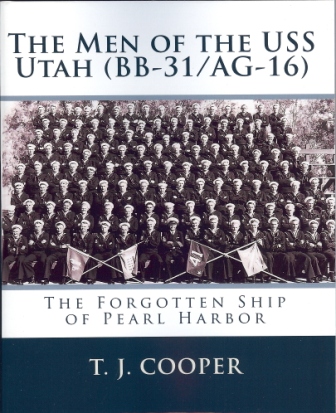 “The Men of the USS Utah (BB-31/AG-16) The Forgotten Ship of Pearl Harbor” includes detailed information on the dead as well as true stories from the people who experienced the event firsthand.  The author meticulously researched each man killed aboard the target ship.  She put the same dedication into researching the survivors, several of whom survived Pearl Harbor just to lose their lives later in the war.  The USS Utah remains sunk in Pearl Harbor today.  Most visitors to Pearl Harbor are not aware of the Utah Memorial or even that she remains in the harbor with 50 men still on duty.  This book is a memorial to all the men that were serving on the USS Utah on that fateful morning.